Firstly, it’s been a while. I’ll make excuses for that in another post later and try to catch up on the last few months events. 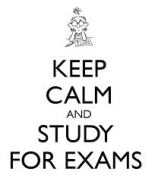 I was asked to write a commentary on the proposed GCSE reforms for the Guardian education section and after doing so figured I may as well share the whole thing on here. Apologies for waffle, it’s kind of a thought process as well. And I’m not suggesting I know it all, I’ve merely looked into it a little.

Having said that, here we go.

At present many will panic with concerns for overall changes (I know this because I am one such person who may panic – especially as a new head of department following some fairly big footsteps), and I don’t support a lot of what Gove says. However, it is more than likely that once the reforms have been moulded into detail by exam boards, and syllabuses created, that the actual implementation will appear more manageable. In the meantime…

–          Having a greater focus on extended writing, data handling and problem solving will continue to ensure & improve rigour. Geography is already seen as an employable subject and well regarded by universities, and this can only benefit.

–          The content is still open to interpretation. Yes, we have to include two ‘globally significant countries’ as well as the UK, geomorphic processes, development, etc, – but Geography has always been about places, scales, processes, interactions.

–          Explicit studying of a range of biomes & resource management (as well as everyone’s favourite: climate change) is welcome in my opinion; after all, the next generation are growing up in a changing world with resources dwindling and we do them a disservice to not consider such issues. They’ll be the ones wanting to know why they can’t afford petrol!

–          Modular system being replaced with terminal exams. We have never allowed resits anyway, and the re-sit culture just leads to students not putting full effort into the first time around anyway. We have often felt the knock-on effects from other subjects where resits have been allowed, with students saying ‘Oh well, can’t I just have another go?’ This isn’t setting them up fairly for life, where more often than not you need to throw in 100% effort first time round.  Additionally, many children benefit from that extra development time allowed through terminal exams in order to succeed in their final exam – simply having time to make that transition into GCSE and practise their skills in a more mature way.

Nuts and bolts content (thanks to TES crib sheet):

–          In depth knowledge and understanding of UK physical & human geography

–          Geomorphic processes and landscape (up to interpretation)

–          There is a risk that exam marking may become less reliable and more inconsistent. Having more extended writing & ‘argument style’ exam questions (which, yes, can be more rigorous as they require application rather than memory) there will be a call for examiners to make a more subjective judgement, which can in turn lead to more disagreement and less parity amongst markers ergo a risk of students being unequally assessed. (Dare we mention the English fiasco?)

–          Having more complex and less constrained question styles could lead to greater variety in interpretation amongst teachers (in terms of how to interpret knowledge and skills required for the exam and how to impart this) and will make it harder to judge and compare how good a response is to a mark-scheme since said mark-scheme will then be less prescriptive. This is already the case with the extended writing exams such as Decision Making papers, and there can be great variety in the quality of exam marking, and in teacher delivery. Therefore essay style questions may require mark-schemes that allow great examiner discretion – which carries a potential risk of disparity for those being marked.

–          Although fieldwork is still being given value (well done to the GA and RGS for pushing this), it will now be externally assessed – likely through a skills terminal exam worth 15%. The problem here is whether such assessment can be rigorous and in-depth enough; current controlled assessments are very demanding of skills and application, as well as simultaneously teaching children to self-manage, motivate, balance workloads, work to timescales, etc,.).

–          Removing tiered entry will prove difficult for those who struggle with literacy but who have essentially good geographical knowledge, and often feel that the phrasing of exam questions is difficult to interpret but once ‘translated’ they know the actual Geography. But it will raise the bar for literacy skills and mean that all courses are comparable

In summary, I/we need to keep involved with the consultation process and up-to-date with proposals, but holding off the panic until there are draft GCSE syllabuses from exam boards to consider. If you want to read a better thought out consideration, check out David Rogers’ blog here.

But the age old concern will remain: are we just training children to ‘pass the test’ for the sake of it, will it actually lead to greater love of learning / lifelong learning? Are we actually including the work-related skills that future employers seek? Or will these reforms lead to children simply ‘doing’ what needs to be done to get a piece of paper and then forgetting it all? The GA states that “a change in qualification alone is unlikely to raise standards” and I would tend to agree.

“I studied every thing but never topped…. But today the toppers of the best universities are my employees” Bill Gates

"I am still learning" (Michelangelo)

Geographer, teacher, learner, family girl, dog lover.
"I am not afraid of storms, for I am learning how to sail my ship" L.M.Alcott)